The bot is always growing, as new series and characters are frequently added. It is possible to request for new characters to be added in order to update an anime / game series, or to add the characters of an entirely new series. Before suggesting something, please check to make sure that there is not already an ongoing request for the characters that you wish to add in #suggest-list.

Within the official Laifubot discord server, navigate to the channel #suggest-here, under the category "ADDITIONAL CHARACTERS".

Within this channel, start out by typing the command ".suggest".

The bot within this channel will prompt you to specify what sort of suggestion you wish to do, either a new anime/game, or an anime/game update. Type out your response (it does not need to be worded in an exact way). 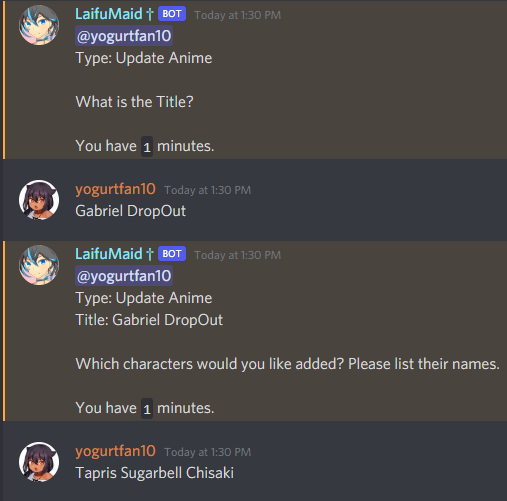 After you specify what sort of suggestion you are creating, write the official name of the series. If you are doing a series update, make sure you write the series name as it already shows up in Laifubot. You can check this with the ".slu" (series lookup) command beforehand (more details in the commands page).

When entering a list of characters, do them all at the same time as a batch (press Shift+Enter to go down a line of text to add each consecutive character).

Make sure each character gets their own link if applicable! Enter all of the links in a batch as well. 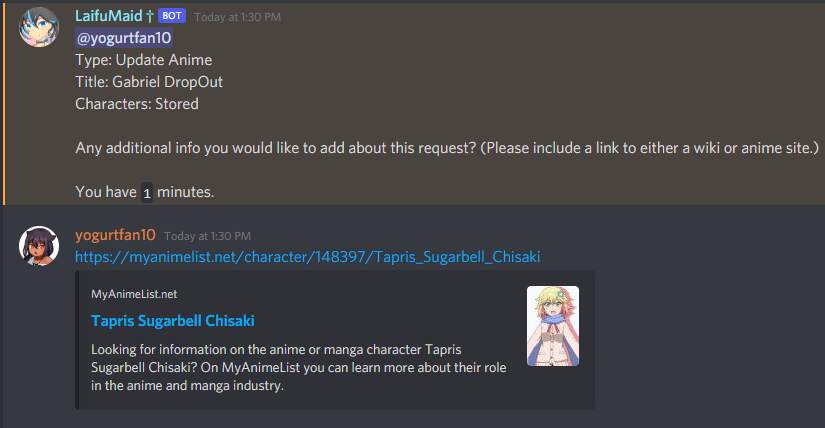 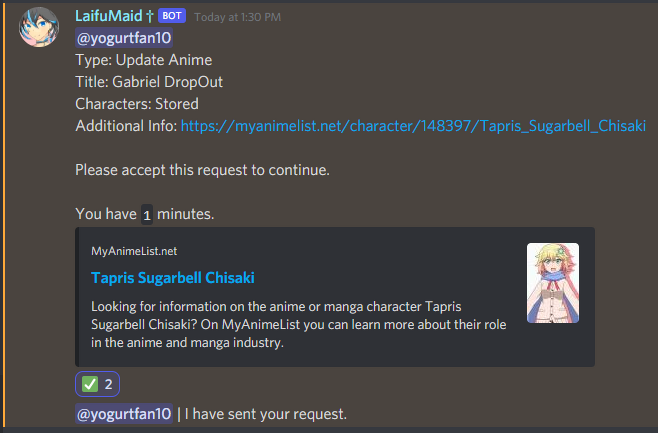 After entering the list of links to each character, you are almost done. Simply review the information entered, and then react to the white checkmark emoji to approve the request.

After the request is submitted, a bot within the channel #suggest-list will generate a summary of the request, with a thumbsup reaction below it.