Images and GIFs within Laifubot are often swapped to new ones. There are largely two groups of reasons for a swap to take place.

The first group of reasons is to fix a card's border, or to replace fanart with official art. Replacing an image for one of these reasons is usually easier / faster. This is because improperly placed card borders should be swapped as quickly as possible, and because official art has priority over fan art.

The second group of reasons pertains to swapping official art for different official art. These swaps are usually done for reasons such as improved cropping, quality, coloration, or general image appeal. These swaps are a little bit more subjective, so they are reviewed more thoroughly. 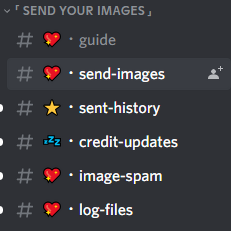 Within the official Laifubot discord server, navigate to the channel #send-images, under the category "SEND YOUR IMAGES".

Within this channel, start out by typing the command ".swap [GID] [Image #]", except actually type in the Global ID and image number after the word swap.

After this you will be prompted to upload the image you wish to use instead. Make sure that this new image has been cropped to the dimensions of 225 x 350 pixels (you can do this with https://www.croptofit.com/). Images automatically have borders added, while GIFs must have borders manually added. 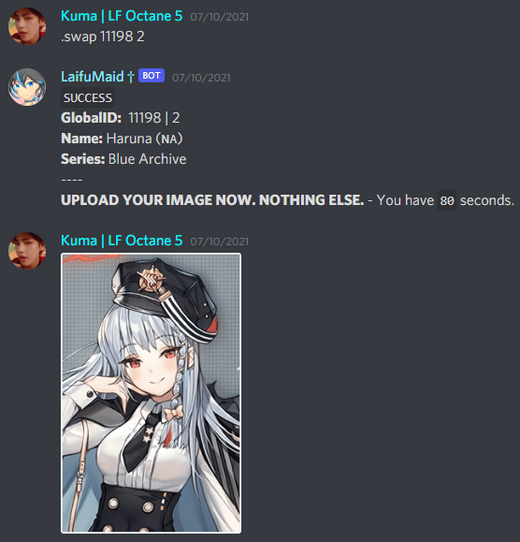 After uploading the image or GIF, provide a compelling reason as to why you are doing the swap (examples are listed in General, above).

After stating the reason for the swap, type in the credit of the image. This will be displayed at the bottom of the card. Simply writing "Anime", "Manga", or "Official Art" is allowed. Another example of permitted credit is "Official Artist", where the original creator of the character may have posted their art to a place like Pixiv, with the author's Pixiv ID. 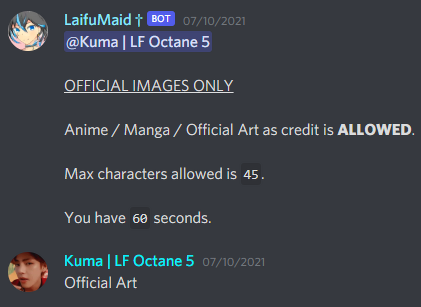 After entering the credit to the image, enter a link to the official art / illustration that you are submitting (even for manga art). If it is simply an anime screenshot, enter "Anime Screenshot". 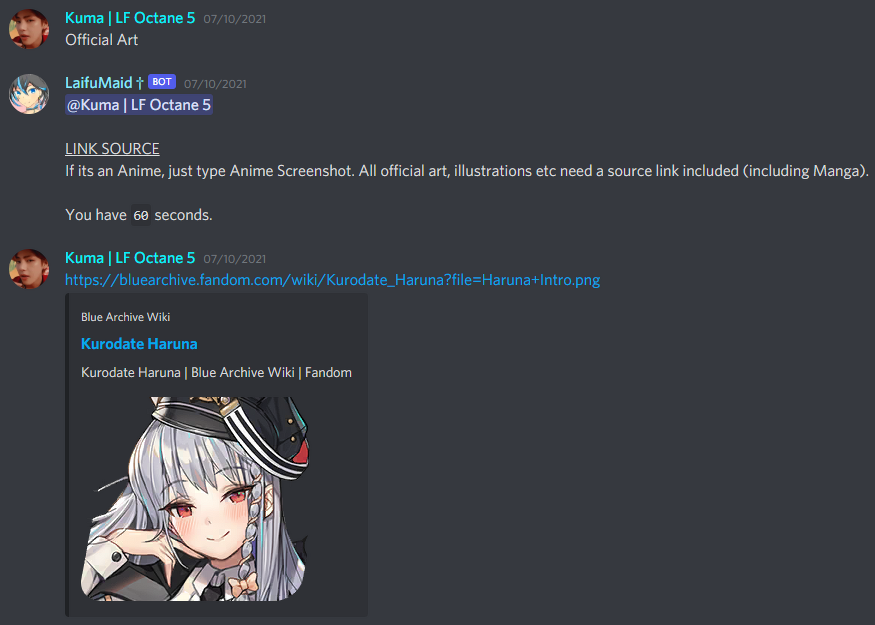 Almost done, submit "1" or "2" depending on what sort of swap you are doing, "1" for fan art / border fixing, "2" for swapping official images / other quality enhancements.

LaifuMaid will then print a summary of your request. Carefully review this information, and then finalize the request by enter "accept". After this, the current image and requested image will be shown side by side. 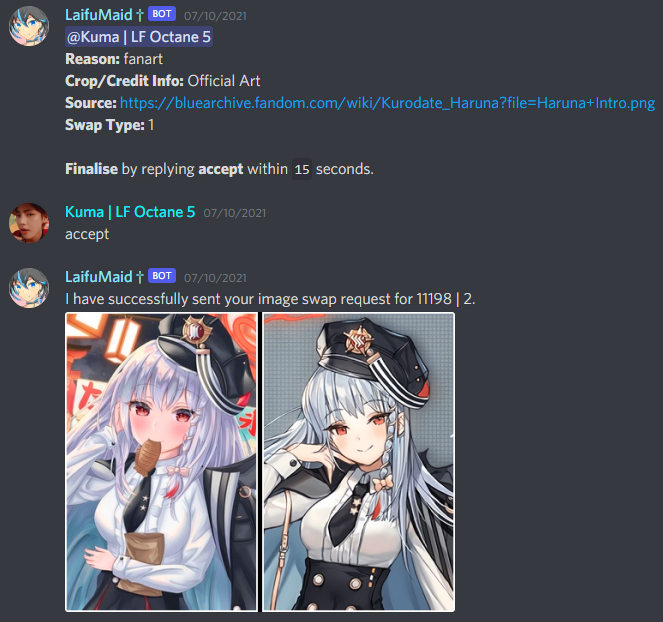 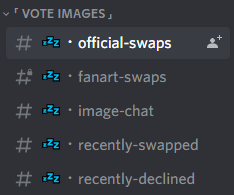 If you are swapping official art for different official art, you can view it in the channel #official-swaps, under the category "VOTE IMAGES". 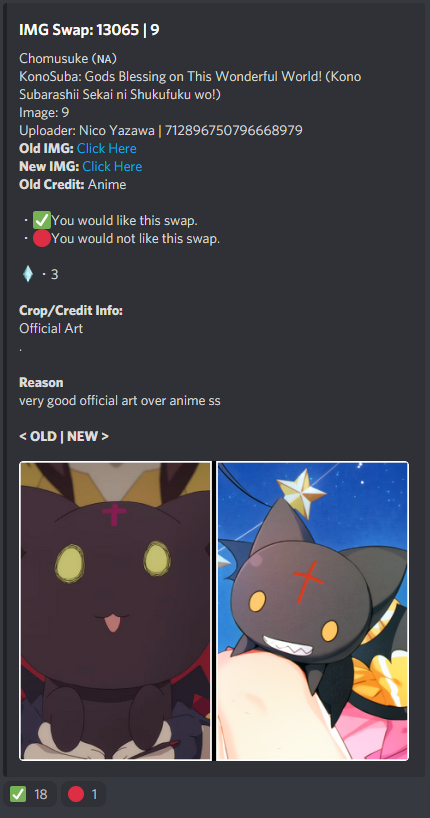 in #official-swaps, people vote on whether or not they like the change. The votes don't decide if the swap goes through, but they give 9thLaw some feedback on whether or not people like an image / GIF change. Once a decision on the swap has been made, it will either appear in #recently-swapped (if successful) or #recently-declined (if not). Both of these channels can also be found within the "VOTE IMAGES" category.